I recently received a grant from the Seattle AIA. This grant will allow me to travel to Tokyo, San Francisco, Vancouver and Portland (and potentially a few others locales) to research tactical urbanism.

I can hear the eye rolls already, “tactical urbanism” has quickly become the “sustainable” of 2012 a term slapped on to so many designs and ideas that the word has started to lose all meaning. So let’s step away from that word and let me tell you about my interests and how they feed back into this

I can hear the eye rolls already

I like exploring abandoned or discarded places within my city, I do this because I like to hunt for graffiti. I like the subversive punk rock feeling of an art that doesn’t feel the need to be in a museum, I like how it can be small and unexpected, often times you have to be actively searching to find it. I also enjoy the juxtaposition of something small and refined with something in disrepair, and ultimately I believe it’s improving urban space even if it is in an unsanctioned way. I’ve always felt that modern-day architecture could use a resurrection of spontaneous and provocative movement, we’re a field dominated by fussiness and belabored thinking. This isn’t a bad thing, in fact when our works are ostensibly supposed to last for hundreds of years, a little caution and foresight are great.

Unfortunately, this can breed malaise, we see the same designs and thinking over and over. In fact the only rapidly changing part of our field is technology and so we have spent our time and creative output mastering that tech and getting caught in an echo-chamber of refinement. Given today’s changed marketplace, finding new and creative ways to exercise our skills is something that’s not just enriching but has fast become important to the life beat of our entire industry. Combine that with a ever expanding population and a finite amount of square footage and the need to think creatively about reusing and adapting our existing urban infrastructure becomes clear. For me, this entire process is really boils down to discovering amazing things in unexpected places

Upgarden: A pop-up P-Patch atop a Seattle Center parking garage. One small example of taking underutilized space and transforming it into something unexpected and useful. photo by sticklab 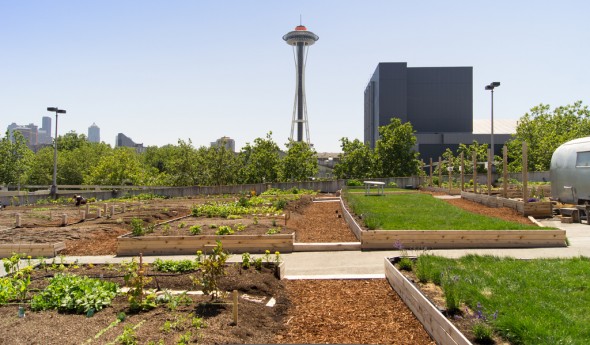 It’s one of the most developed and densest cities in the world, it’s also a place where buildings have a shorter lifespan, and a premium of space that borders on fetish. Tokyo will be the city that illustrates a space/size argument, that architecture doesn’t need 4000sf to be of great importance. That well made space can happen under much tighter restrictions. I’ll also be attending during Tokyo Designer’s Week, so stay tuned to @sticklab for on the fly updates from the convention site. 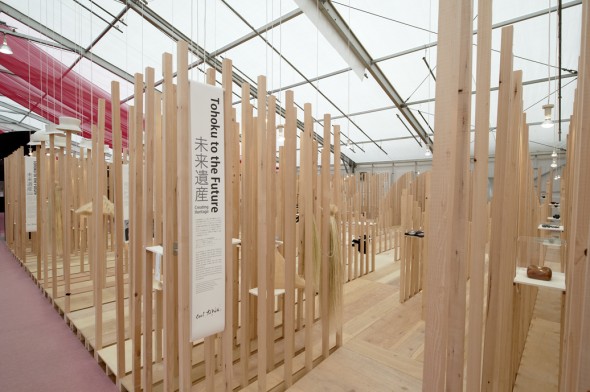 I’ll also be visiting west coast cities like San Francisco or Portland to survey and investigate temporary use of space both large and small by public and private entities. Upon my return to Seattle I’ll be putting together an exhibition of local zones and locations that are primed for interventions, spaces that may have been discarded or ignored due to gaps in public infrastructure or just developmental neglect. You’ll be able to follow my travels, research and evolving line of thought right here, in addition the top of the website will display live-tweets as we make our way around the world and keep an eye out for current location badge on the front page next to recent photos