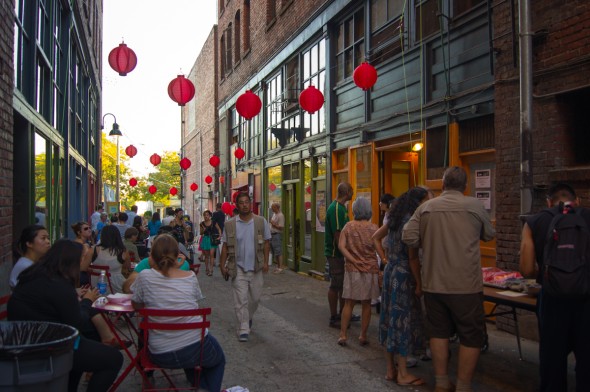 Last night I visted Canton Alley for the Wing Luke Museum’s monthly JamFest. It reinforced a few thoughts about making an intervention a success. Canton Alley is one of the few places in Seattle that has storefronts facing into an alleyway. In the 1950’s these storefronts were converted into apartments before eventually sitting vacant until the Wing Luke Asian Museum came along and bought the neighboring East Kong Yick Building

Design acts as the catalyst

Design acts as the catalyst but activity and programming are just as important to sustaining the lifeforce of a place. Canton Alley was already an interesting space, albeit one that was rough around the edges, until recently trash cans used to dot the alley and the storefronts facing the area sat disused for years. But the alley itself has held more aesthetic interest and history than the typical static brick canyons that segment most of Seattle.

So the design was there, add in the newly renovated Wing Luke museum which moved to it’s current location in 2008 and you get a recipe for a very healthy urban venue. Wing Luke has provided the programming and anchor for the space through its JamFest program. Activity, it seems, is the key to getting the public out and engaged in an environment they wouldn’t otherwise inhabit.

Activity, it seems, is the key to getting the public out and engaged

That activity also gives the public reasons to stay and return and the value of that temporary transformation can continue well past the lifespan of the event if an emotional memory can be attached to that place. When I attended Wing Luke was holding a Rickshaw Race, wind-up pedicabs were handed out and raced down the alley, the winner getting to take home their winning rickshaw. Simple and effective it gave the public something to do (and more importantly something to stick around for) beyond food and drink.

The Chinatown/ID JamFest occurs every third thursday during the summer months in Seattle. wingluke.org/jamfest/ 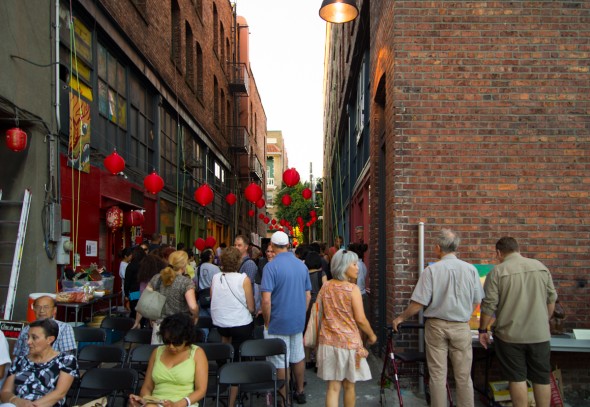 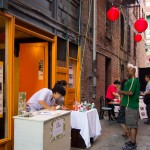 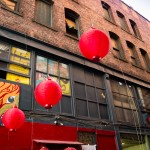 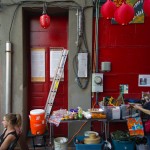 Unless otherwise noted all images by Sticklab 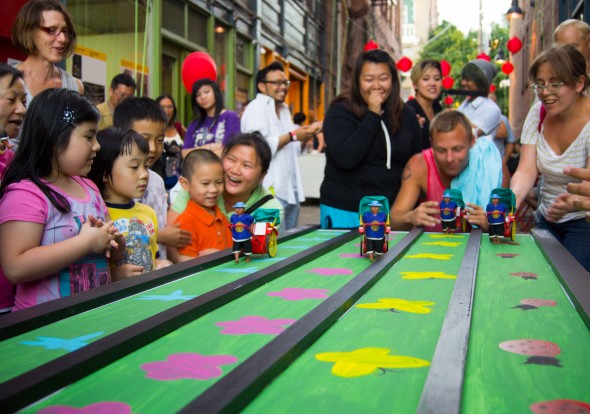 In case reading isn’t your thing I’m testing out a new app called Haiku Deck that puts together a nice little Pecha Kucha-esque presentation (complete with fonts) Still playing with posts and techniques that might make this site more interesting.