We’ve come to the conclusion that there is really only one way to solve this; a head to head battle royale, 84 buildings enter and only one leaves. In the next few weeks we will conduct tournament with the end goal of settling upon the best building in Seattle. We’ve selected and seeded 84 buildings as suggested by the design community; buildings were given a rank based upon the frequency it was suggested, it’s placement on other “Best of” lists and a mysterious algorithm meant to instigate a bit of controversy.

The entire bracket can be viewed here: 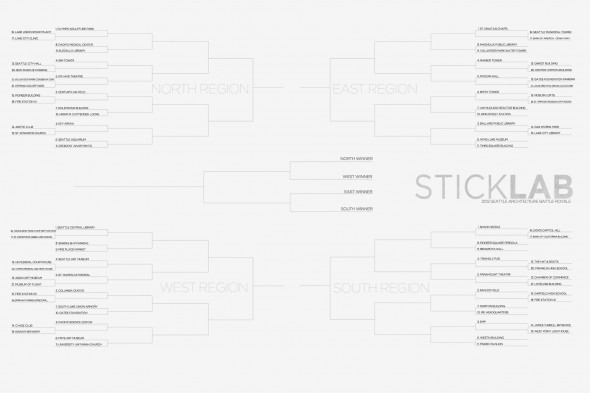 How, exactly, do buildings fight?
We’re glad you asked, we are asking Seattle’s design community to cast votes based solely upon individual matchups. Our voters will be asked to weigh each building on its own merits. At the end of each week we will tally up the votes then report the play-by-play and results right here.

Schedule: Updated!
Voting periods will compress as we move deeper into the tournament.

Voting has concluded.
View each round here:
Round 2
Round 3
Sweet Sixteen
Elite Eight
Final Four
Finale

How do I find these Buildings?
We’ve made a handy map to help locate all 84 contenders. 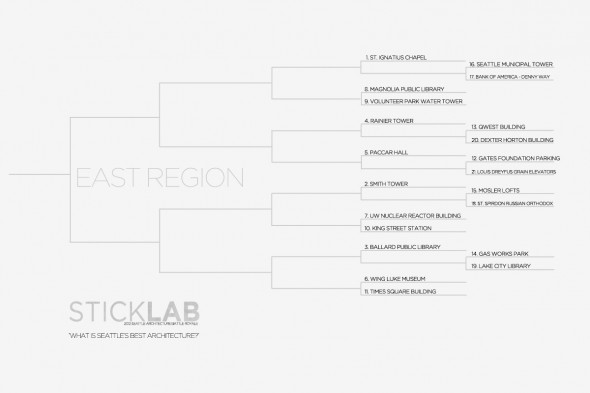 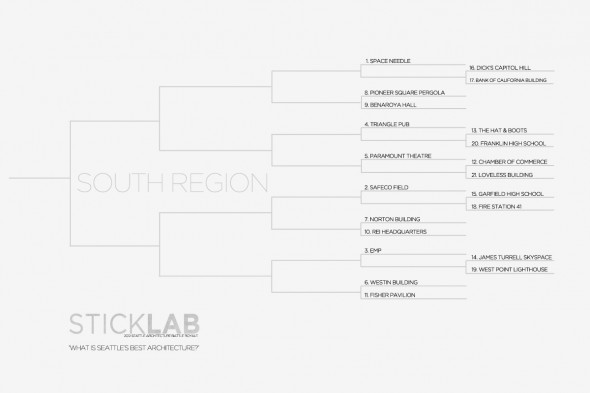 Chamber of Commerce vs The Loveless Building 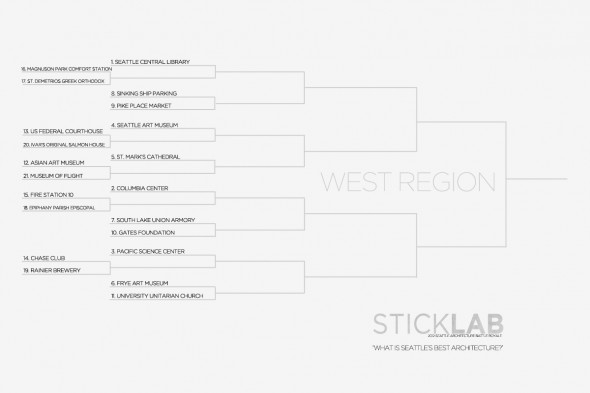 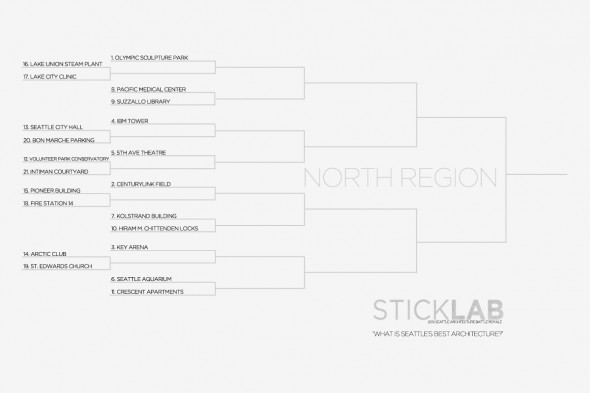