This project is a joint endeavor of Rollerhaus + Sticklab and was conducted for the 50th Anniversary of the 1962 World’s Fair as part of the Next 50 festival.

Landscape is connective tissue: it is at once physical matter and a medium for human habitation.  The Seattle Center is a focal point for cultural immersion and a showcase of icons, each of which could easily play the lead role in an urban story, but currently operate as distinct and separate points of destination. The Memorial Pavilion and Gardens connects these socially vital but disparate urban landscapes, and enhances them.  It responds to the multiplicity of contextual relationships and cultural artifacts on the campus by providing not just a shared spill space for each of the surrounding sites, but a landscape for newly imagined forms of public participation – a means for activating the public realm through use.  It is a tapestry of performances – both the occasional festival event, and the persistent events of everyday life. It returns Seattle Center to the Seattleite. 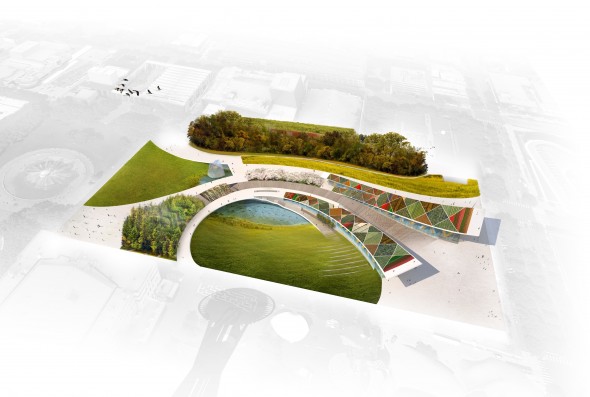 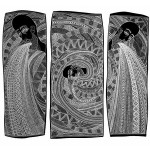 Spit it Out. by Lucas Gorgan

WOVEN is both a balance and interplay between the abstract and ornate in landscape/urban design. While interpretive groves register the site on an urban scale, tightly knit gardens reduce and redefine scale to that of the individual. Woven together, this strategy is as intricate as it is liberating and finds inspiration in Lucas Gorgan’s tapestry, entitled “Spit it Out Babe” (at left) as well as in the art of many Native Americans for whom the Seattle Center site was once a tribal gathering place. The design is meant to be as compelling from the top of the Space Needle as it is on foot.

There are several highlights to this design, a few of which we will cover below:

An observation deck, open air performance space, and public forum, the platform not only bridges the wetlands at the center of the park, but also dips down to give a personal connection to the waterway.  The industrial nature of the design juxtaposed against the wetlands draws attention to the natural surroundings, and creates a poetic backdrop for public lectures, small scale music concerts, and community events. 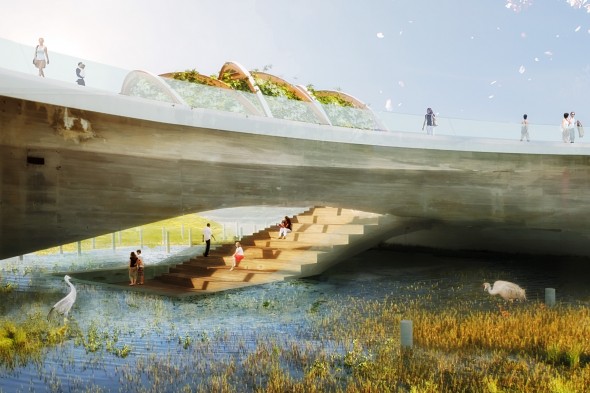 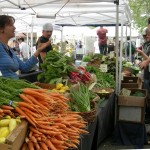 The agricenter serves as a community barn and hub for the rooftop community gardens above.  Integrated with the transit center and the elevator to the parking below, the agricenter also serves as a bustling point of arrival for the majority visitors to the Seattle Center. The agricenter and public gardens serve as an anchor to the site. The gardeners become natural stewards of the park and a driving catalyst for a newly established farmer’s market in the original fun forest location. 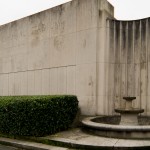 The current memorial location is hidden, downtrodden and disrespected.

Transporting the original tablature of the memorial to a new more prominent location adjacent to the wetlands, this memorial proposes that room be allotted to recognize public school students who have sacrificed for their country in wars since WWII. Sited alongside the waterside walkway, the wall invites participation and is accentuated as a living monument. 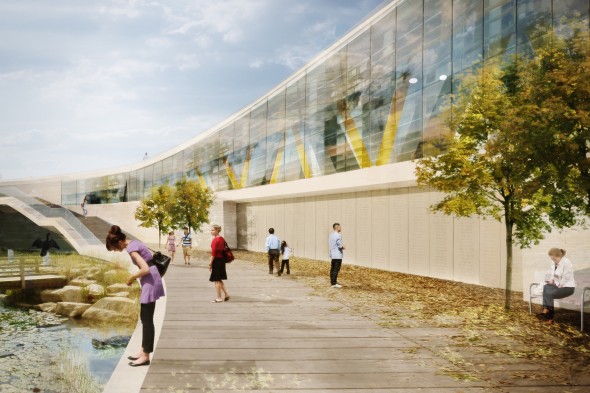 OMA’s Prada Transformer along with the Serpentine Gallery program provide rich precedents for what the Thiry Pavilion program could become.

A space over the wetlands has been allotted to establish a Triennial international design competition for a temporary pavilion named in honor of the chief architect of the 1962 World’s Fair. This program creates a catalyst for continual design dialogue at the Seattle Center.  The pavilion itself would serve as a small scale performance space in addition to being a major sculptural element on the site.

The vegetation strategy for the site emphasizes diversity, subscribing to the idea that landscape is as theater for life. Groves of trees are scattered throughout the site and range from a natural growth showcasing local and regional habitats, to more heavily designed planted areas. Some groves, such as a cluster of hard and softwoods near Totem Plaza provide simple shelter and educational opportunities, while others provide economic opportunities through native flowering orchards which can act as an incubator for small scale farming.

The southwest corner of the site is currently the most active pedestrian zone.  Here a large plaza here revitalizes the original grand entrance to the Armory (Center House), which has become a hearth for community events, theater and education, and home to the Seattle Children’s Museum. Totem Plaza, along with the adjacent Fountain Plaza, provide a large central space at the heart of Seattle Center, and a focal point for events like the Northwest Folklife Festival, Bite of Seattle, PrideFest, and Bumbershoot. A field of “time capsule totems” of varying heights gives the plaza a distinct character, doing triple duty as public art installation, amenity, and urban archive: some totems act as seating, while others bear digital interfaces which invite visitors and the public to leave their mark and connect with the urban history of the campus. 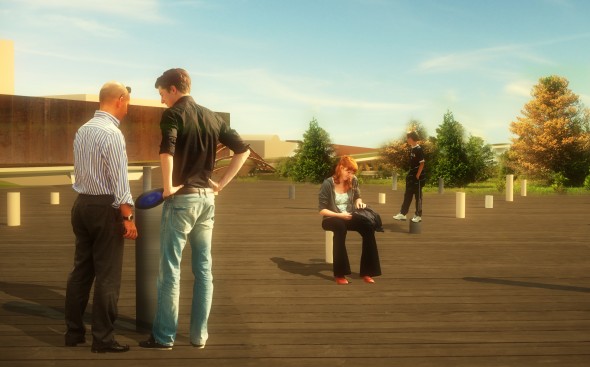 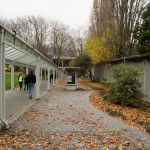 The current edge condition of the Fountain Lawn is barricaded by a wall and a large stoa that conflicts with the nature flow of the landscape.

The Fountain lawn has been extended and integrated with the site as a large multi-purpose play space for the public. This includes both informal and structured recreational uses. 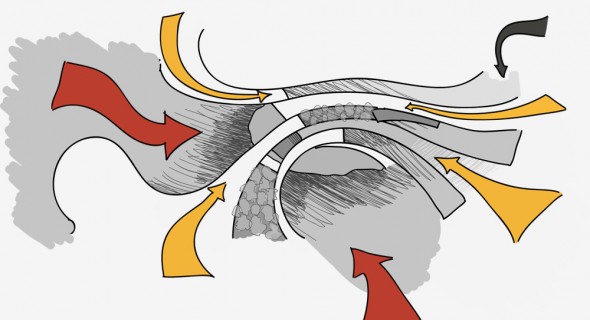 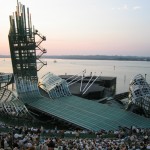 The amphitheater lawn extends from the Experience Music Project, across the former Fun Forest site to the Memorial Gardens wetlands at the center of the site, where a grid of structural piers in the water accommodates temporary theater and stage installations over the wetlands. During special performances, the wetlands are transformed into a venue for large scale outdoor events like music concerts in conjuction with the EMP, public performances by the adjacent Seattle Opera and Ballet and nearby theaters. It would also serve as a public venue for outdoor movie nights in the Gardens during the Seattle International Film Festival and summer months. 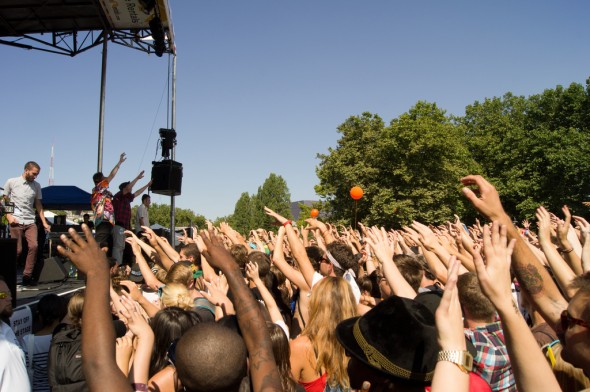 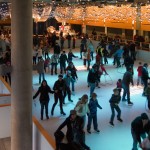 An open format rental space that can serve a variety of public and private events, such as community events, weddings, and town halls, set against a backdrop of the space needle above and memorial wetlands below. Overhead, rooftop gardens serve as an urban backyard where city residents can plant crops for consumption or for sale in the adjacent farmers market. 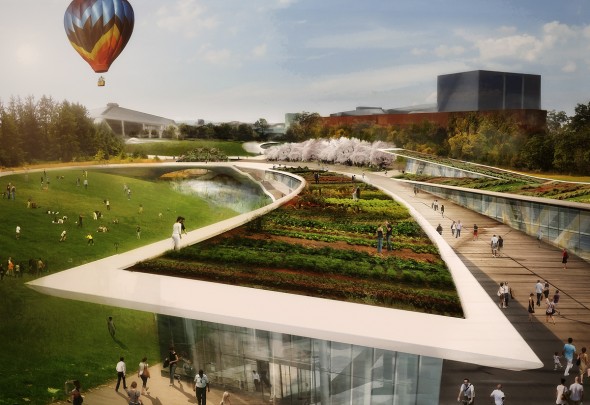